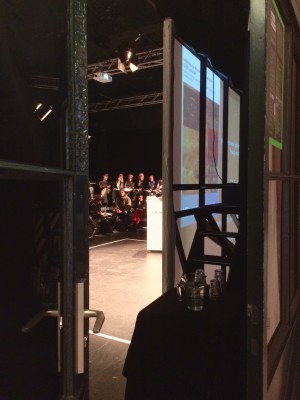 The aim of the three-day conference was to discuss new articulations of citizenship in the cities of the 21st century which are often self-organized and negotiate rights for participation with artistic and performative means.

Is it possible to think a “performative democracy” beyond our system of representative democracy? How to bridge the gap between traditional political institutions such as parties, public authorities, NGOs or unions, and how to investigate these newly emerging forms of collectivity and collaboration? Do we need a new theoretical framework to re-think and re-enact citizenship?

The conference assembled speakers with different disciplinary backgrounds such as philosophy, cultural studies, urban sociology and/or post-colonial theory in dialogue with young scholars who presented parts of their doctoral and post doc research. Over three days in the Fundus Theater and at the keynote lecture in the HafenCity University about 100 people attended the conference.

← Insight into the presentation weeks 2016 of the graduate school
How to hear the Invisible: Artistic installation at the Klangsymposium of the HAW Hamburg →